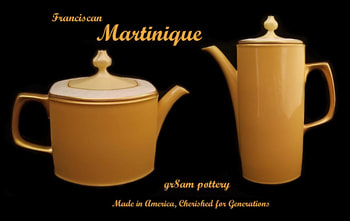 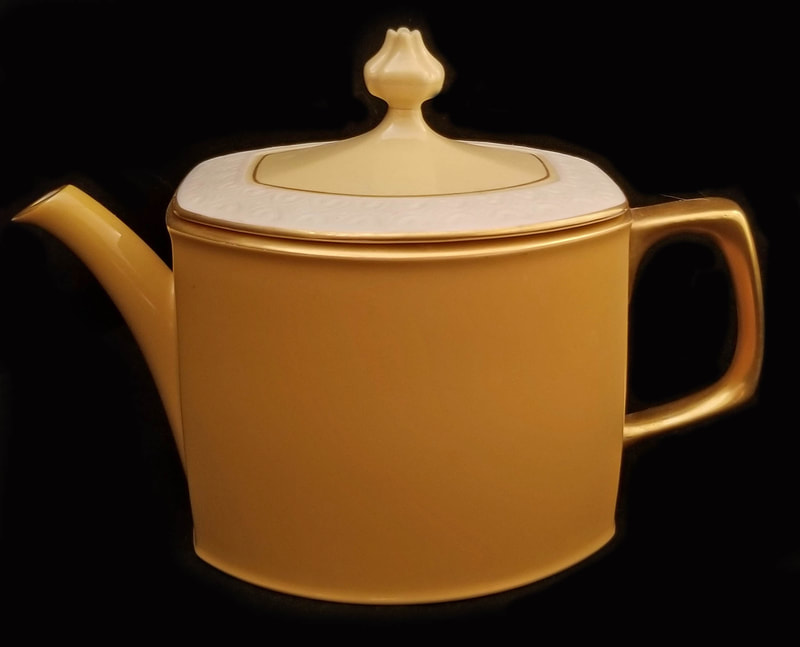 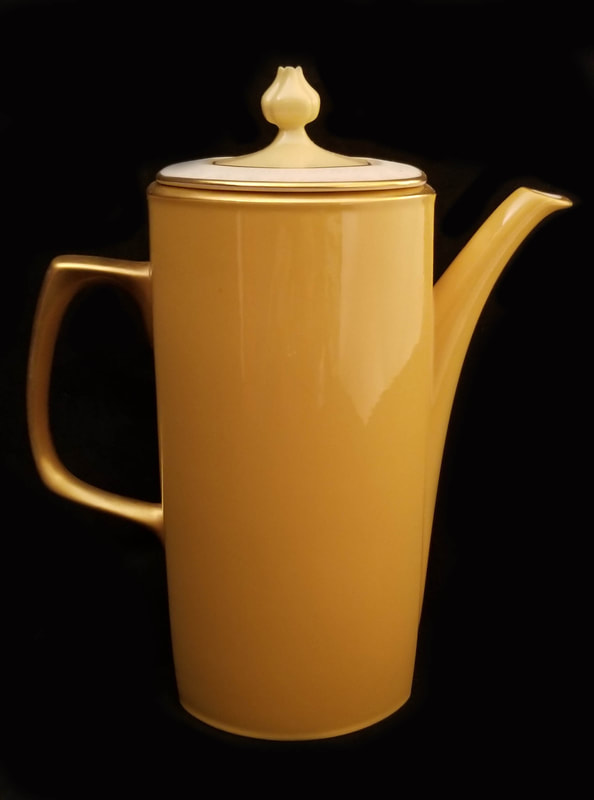 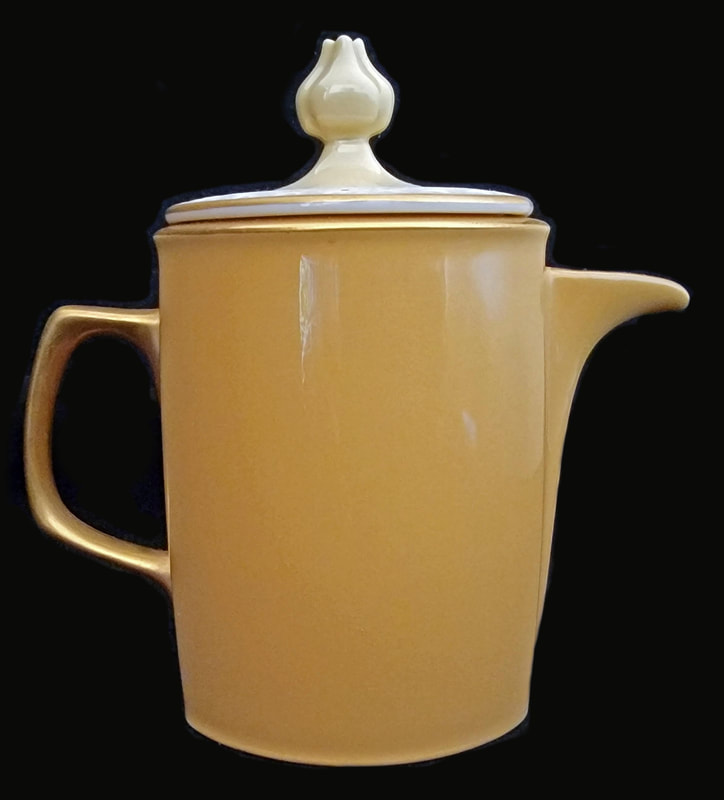 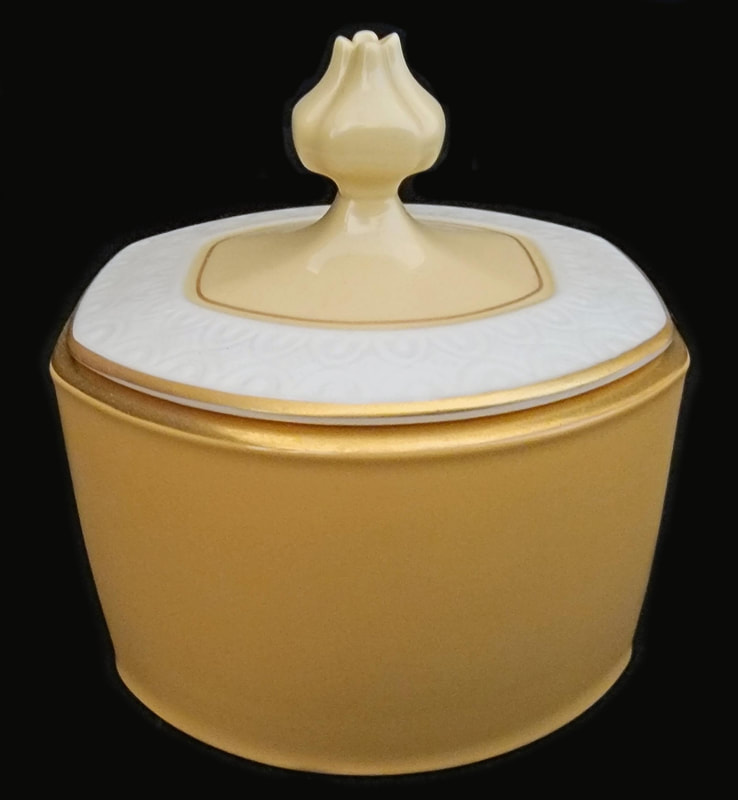 Click Here to visit Martinique Page
California Strawberry
Dinnerware & Accessories
Metlox "California Strawberry" was introduced in 1961 in the Traditional shape, a studio potter's effect with the addition of a raised ring pattern on the interior edge of bowls & serving pieces. Vine handles & finials  added a decorator's touch. A strawberry vine design decorated the flatware & bowls with solid avocado green hallowware. Strawberry fruit, flower, and leaf clusters served as lid finials. The design was accented with a rich, vivid red, one
of the most challenging colors to reproduce in earthenware.
Strawberry Accessories was created in the early 1960's as a complimentary artware line. Items were realistically designed strawberry and leaf shapes in vivid red and avocado green.
The Ahwahnee Hotel  Yosemite’s fabulous Arts and Crafts style lodge built in 1927. It is a premier example of National Park Service rustic architecture and was declared a National Historic Landmark in 1987. The hotel was built by two companies that were merged when the National Park Service began leasing concessions to a single concessionaire in 1925. The crown jewel of Yosemite dining, the award-winning restaurant is both magnificent and intimate. The 34-foot-high beamed ceiling, floor-to-ceiling windows, chandeliers, linen tablecloths and beautiful china create the perfect ambiance for a memorable dining experience.

The distinctive china pattern adorning the dishes used to serve the guests at The Ahwahnee is a pattern is based on the logo created for the hotel by Jeannette Dyer-Spencer and used on the dishware since opening day in 1927.  The dinnerware line was developed by Mary Curry Tresidder of the original park concession, Yosemite Park and Curry Company. The pattern incorporates The Ahwahnee’s logo based on a California Indian basket pattern known as “Three-Legged Indian” representing three earth elements: earth, rain and fire. In 1938 Buffalo China was purchased by Sterling China of Wellsville, Ohio. When Sterling China went out of business in 2004, Delaware North at Yosemite had the opportunity to purchase the original china molds and decals to ensure that reproductions of this historic pattern will continue to be manufactured. 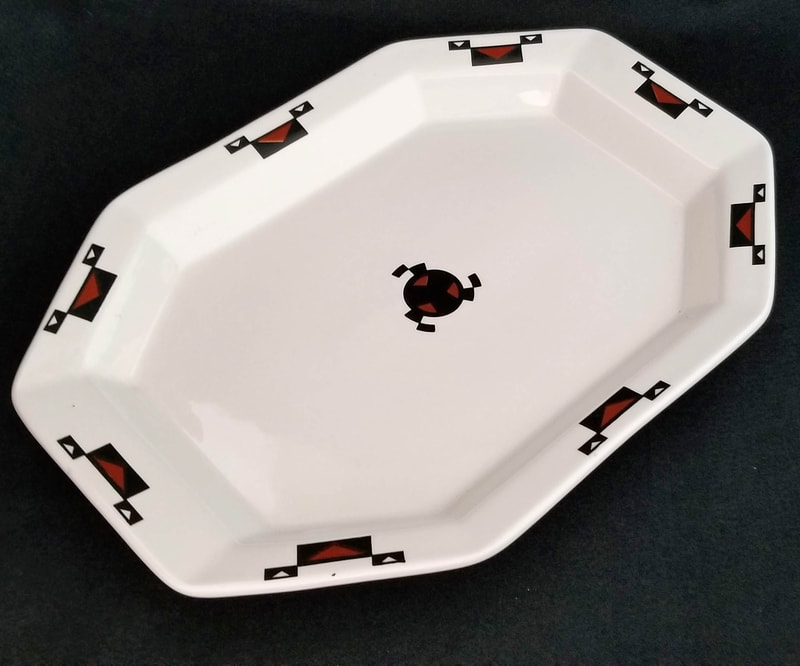 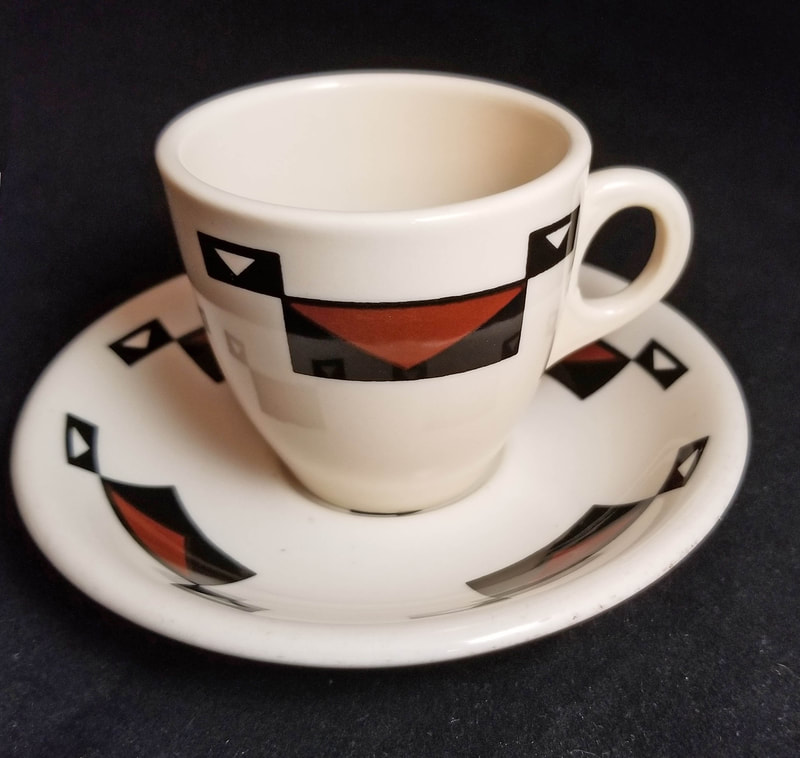 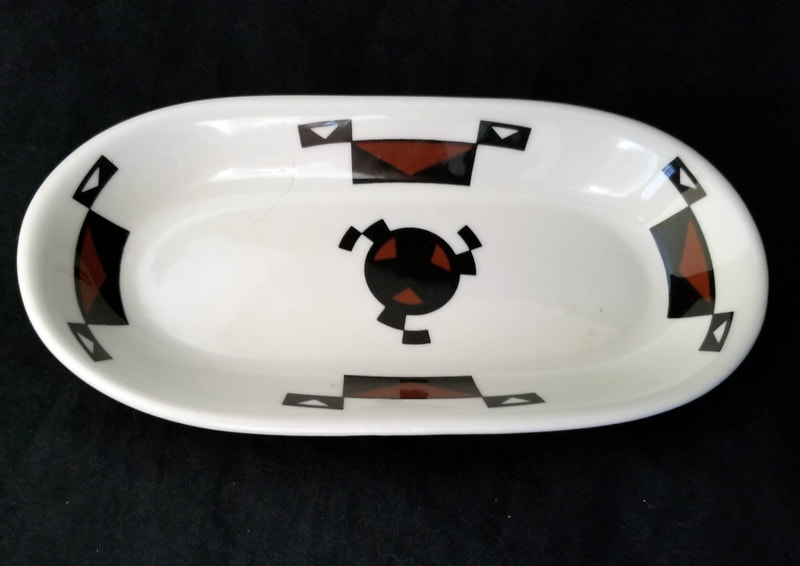 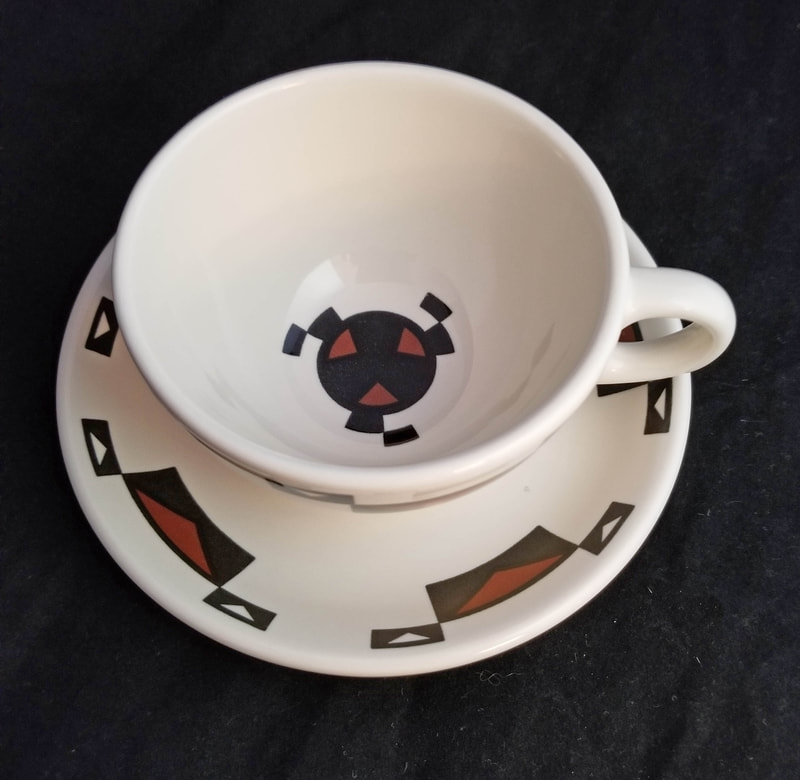 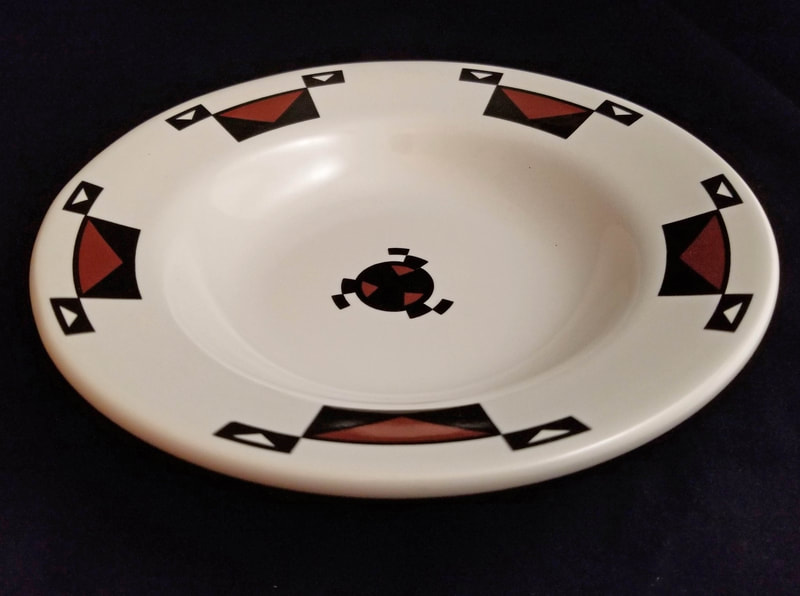 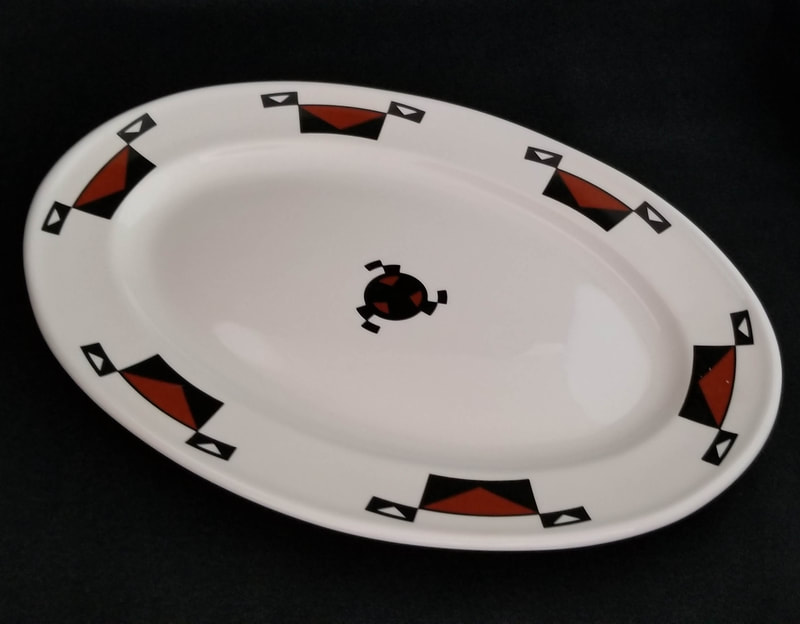 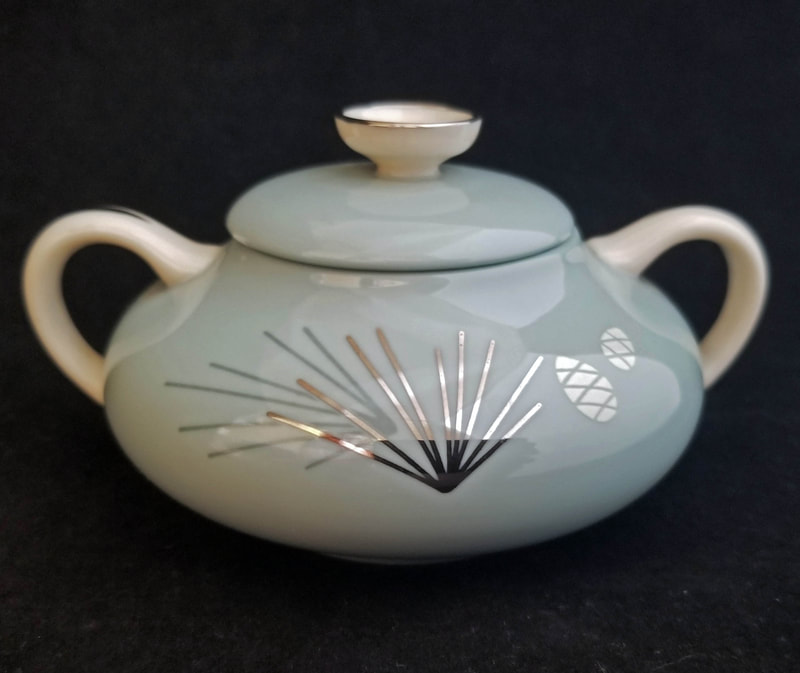 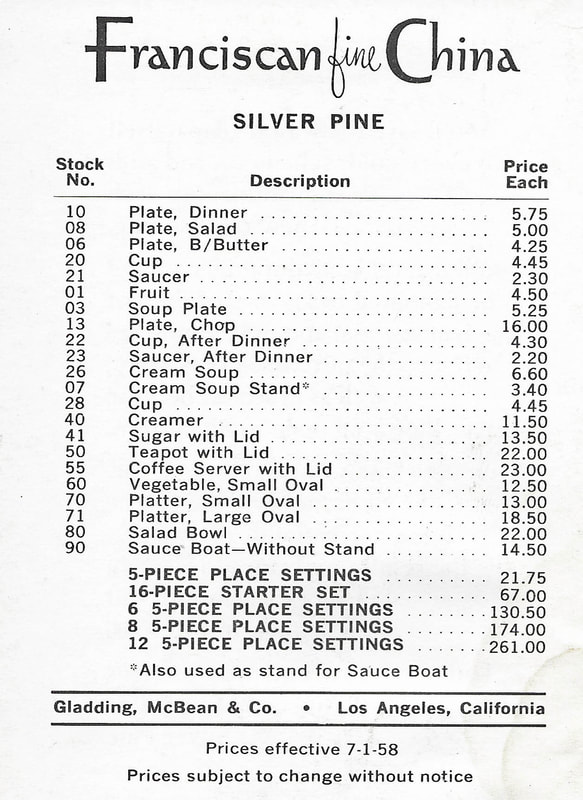 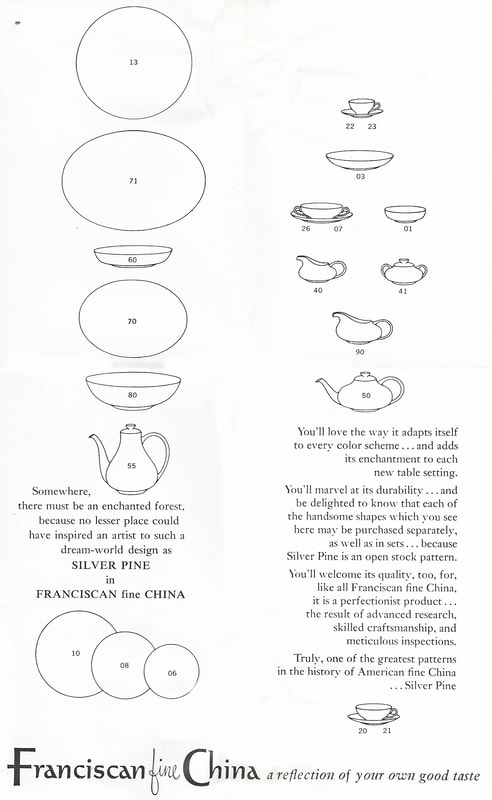 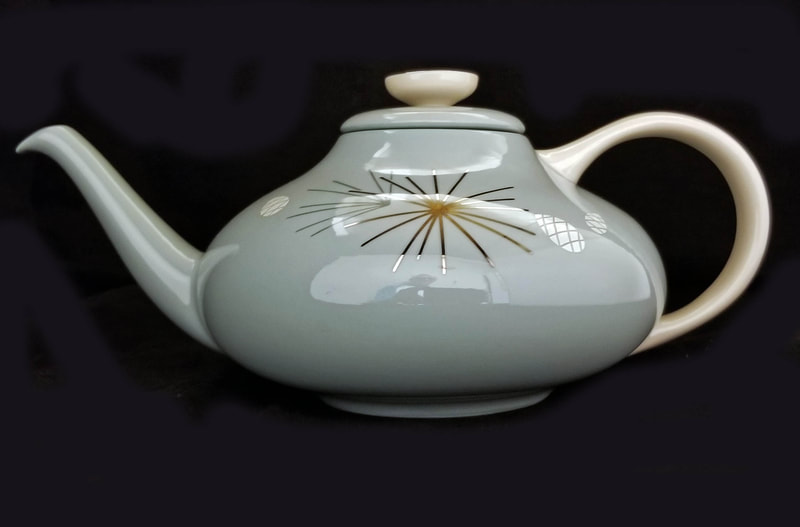 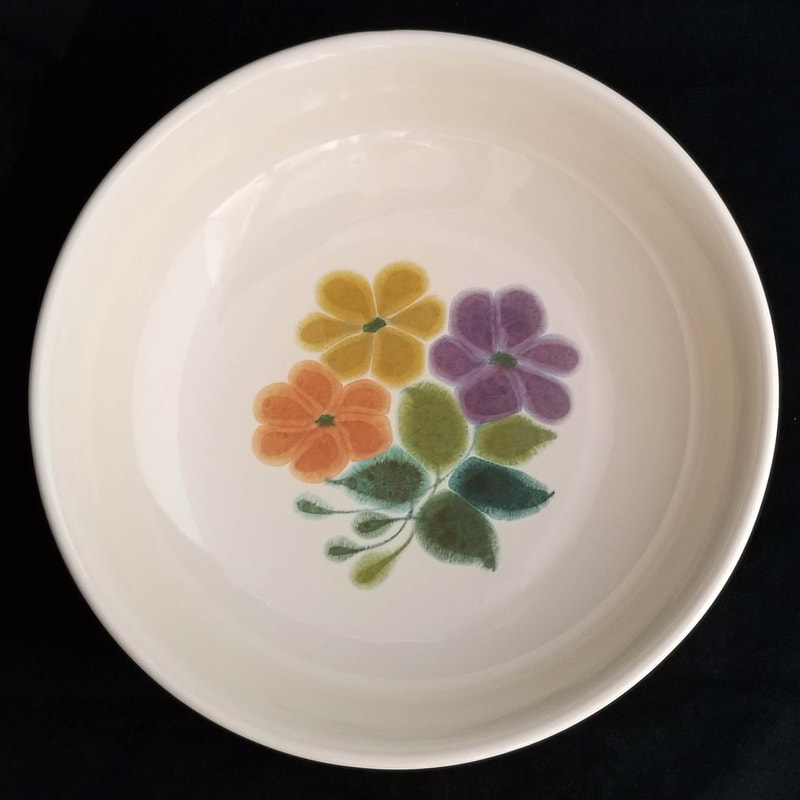 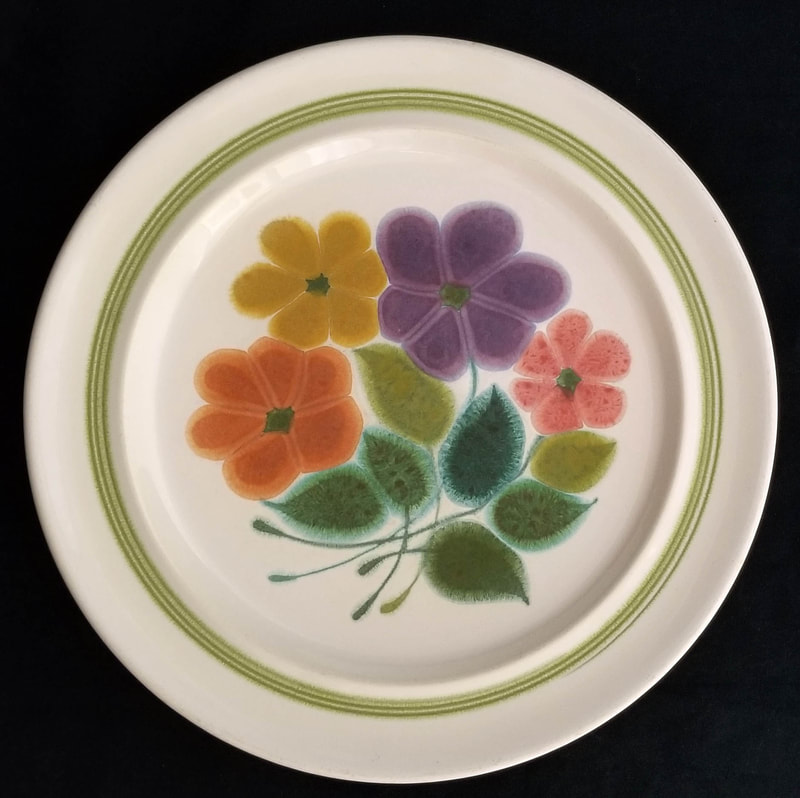 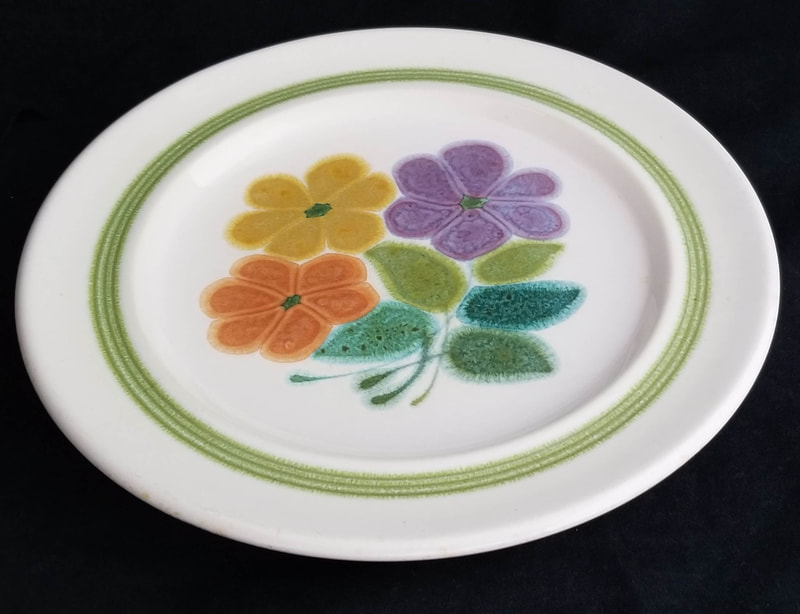 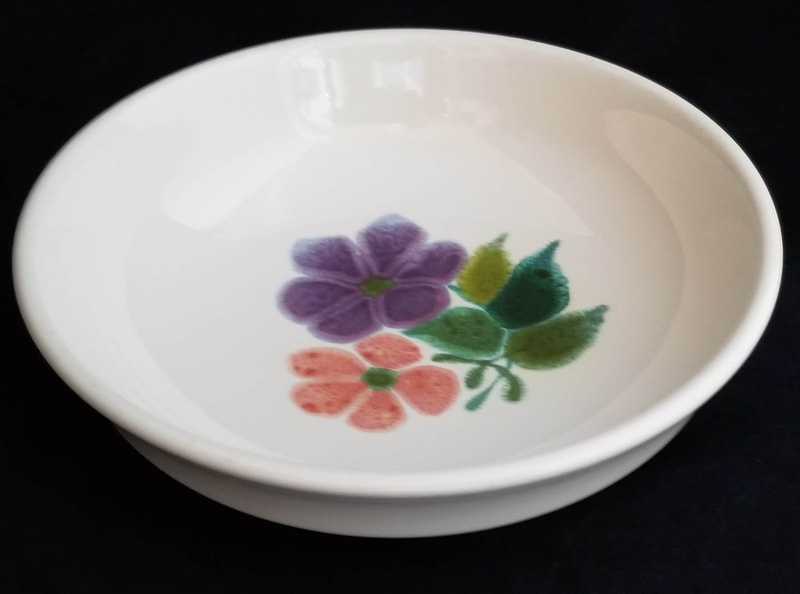 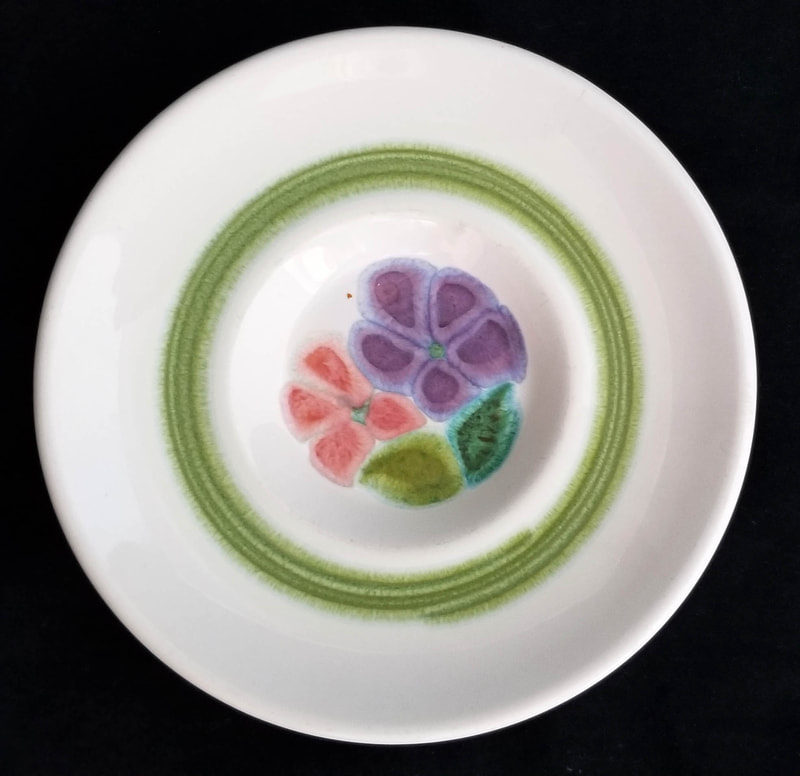 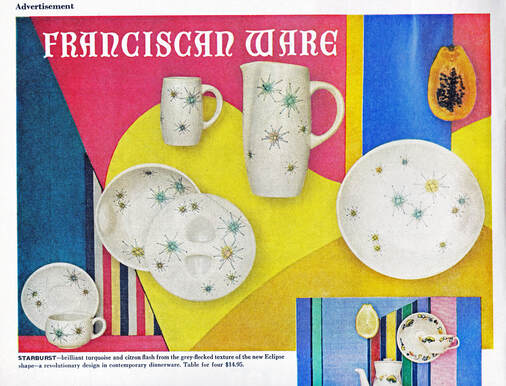 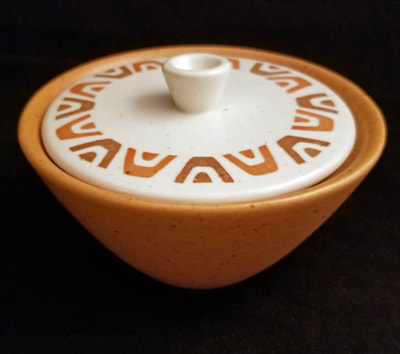 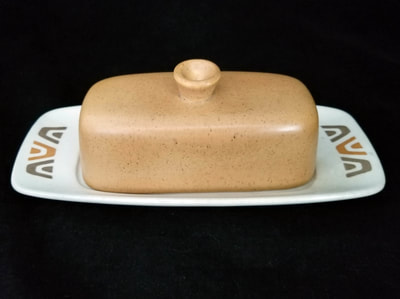 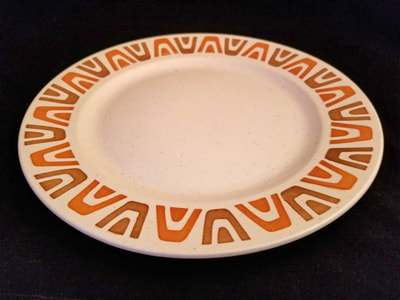 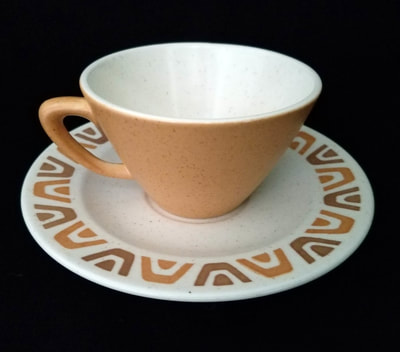 Aloha ! Welcome to The Hawaiian Garden.
Vernon Kilns "Lei Lani" pattern by Don Blanding. Sometimes the history of tableware offers up the life stories of great characters; artist, poet, actor, and self-styled vagabond, Don Blanding (1894-1957), was one of them. The Lei Lani pattern by Vernon Kilns are essential representations of Blanding's life and career. Lei Lani was inspired by the profusion of magnificent flowers on the Hawaiian Islands. The backstamp shows the pattern name, along with the signature, "Aloha Don Blanding." (Later, in 1951, Blanding would write a Saturday column for the "Honolulu Star Bulletin" entitled, "Don Blanding Says 'Aloha'.") 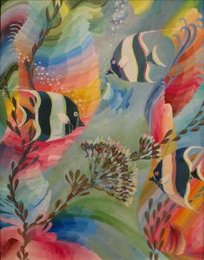 ​Blanding's paintings often portray undersea views, flowers and branches. Underwater Scene,  from  1927-30, demonstrates his use of sharp outlines and lack of shading. His ink drawings are a powerful part of his many literary publications. From 1938 to 1942, Don Blanding designed Hawaiian themed tableware for Vernon Kilns, near Los Angeles, California. The patterns he designed are Aquarium, Coral Reef, Delight, Ecstasy, Glamour, Hawaii, Hawaiian Flowers, Hilo, Honolulu, and Lei Lani. 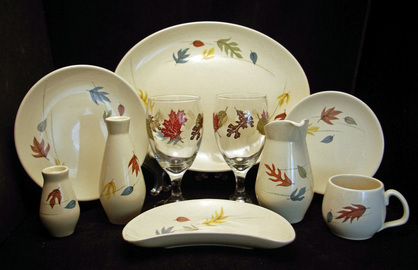