During the late 1930's & well into the 1940's America had a fascination with tropical design & décor. During World War II, U.S. military families were stationed at Pearl Harbor. They bought Hawaiian furniture & fixtures, as it was too expensive to ship traditional heavy wooden furniture to Hawaii. Don Blanding was hired in 1936 by California-based Vernon Kilns to design Hawaiian styled patterns for a line of dinnerware.
Vernon Kilns " Hawaiian Flowers "
Vernon Kilns "Hawaiian Flowers" pattern by Don Blanding. Inspired by the profusion of magnificent flowers on the Hawaiian Islands. The backstamp shows the pattern name, along with the signature, "Aloha Don Blanding." 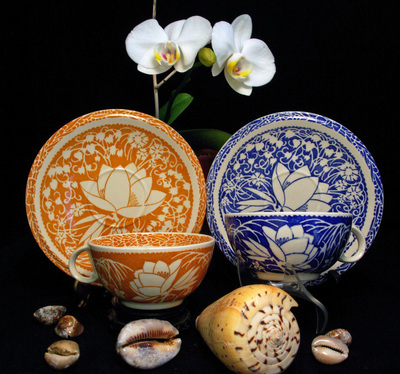 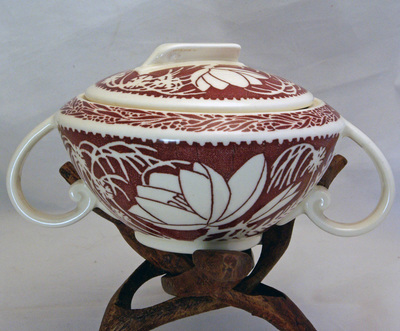 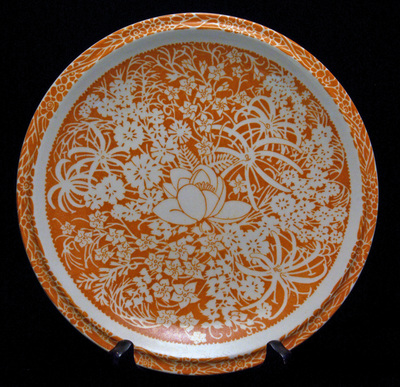 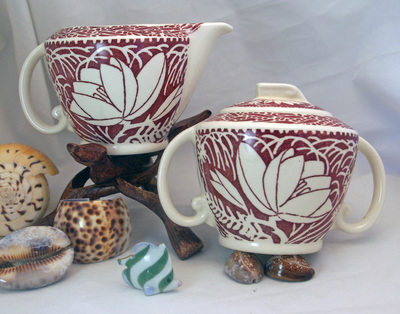 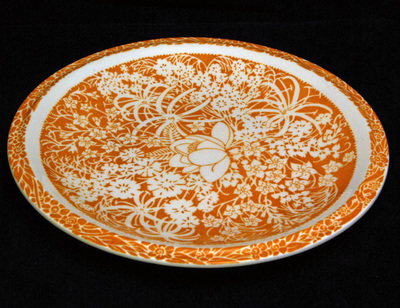 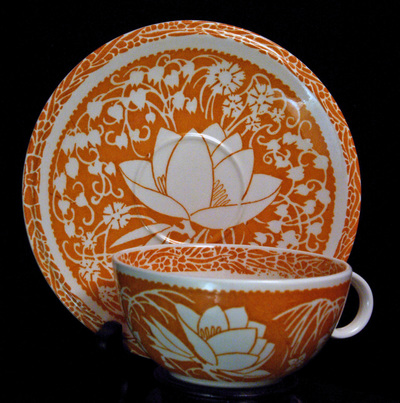 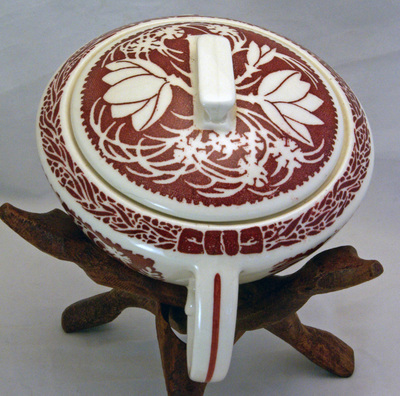 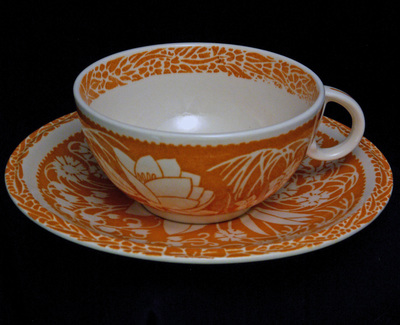 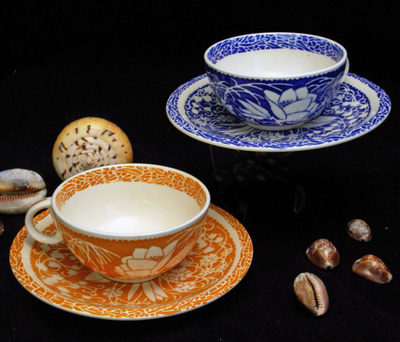 Vernonware  " Hawaiian Coral "
Vernonware's Hawaiian Coral dates back to 1952. It was produced in the San Marino shape and is a splattered pattern of brown, yellow and green on a cream background. 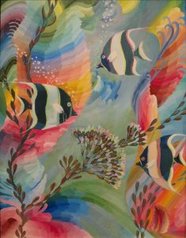